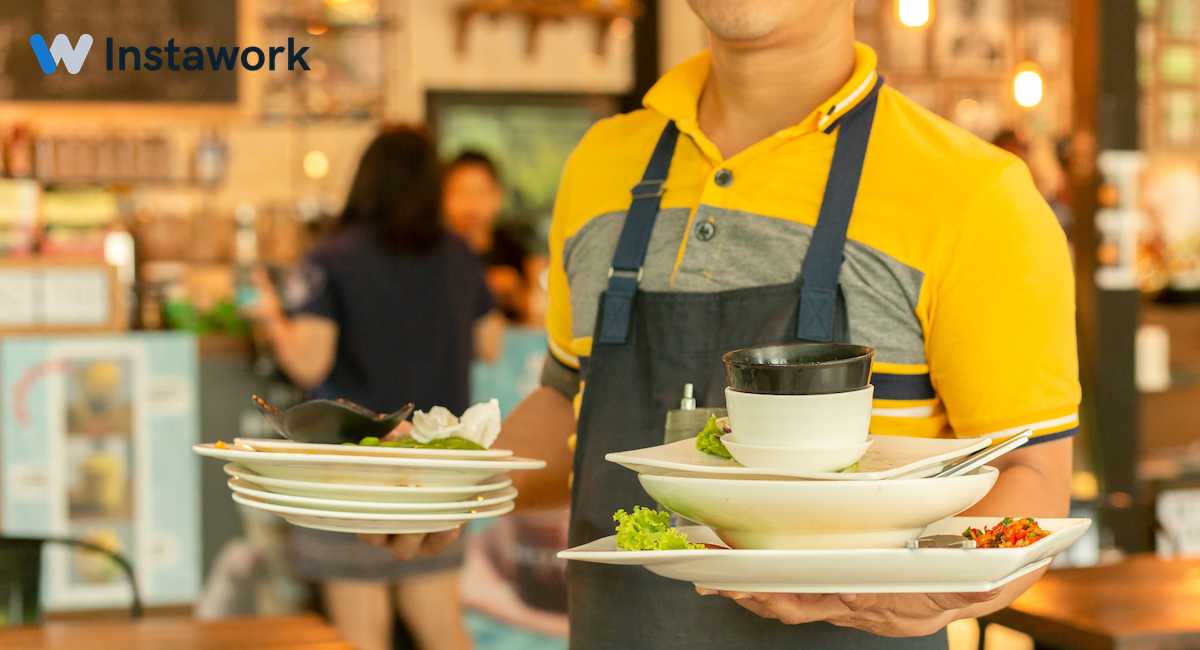 The federal minimum wage has been $7.25 since July 24, 2009. That's right – the minimum hourly pay mandated by law across the United States hasn't changed in more than 13 years, while consumer prices have risen by 39% in the same period. Of course, many cities and states have instituted higher minimum wages. But the discrepancies between minimum wages and the cost of living are idiosyncratic at best.

A crazy quilt of wages

To see how minimum wages stack up to the cost of living, we can compare them to the "living wages" computed according to formulas developed by Amy Glasmeier at the Massachusetts Institute of Technology. The formulas take into account the costs of food, shelter, and other necessities for families of different sizes. Here are the living wages and minimum wages for some of the biggest metro areas on the Instawork platform: 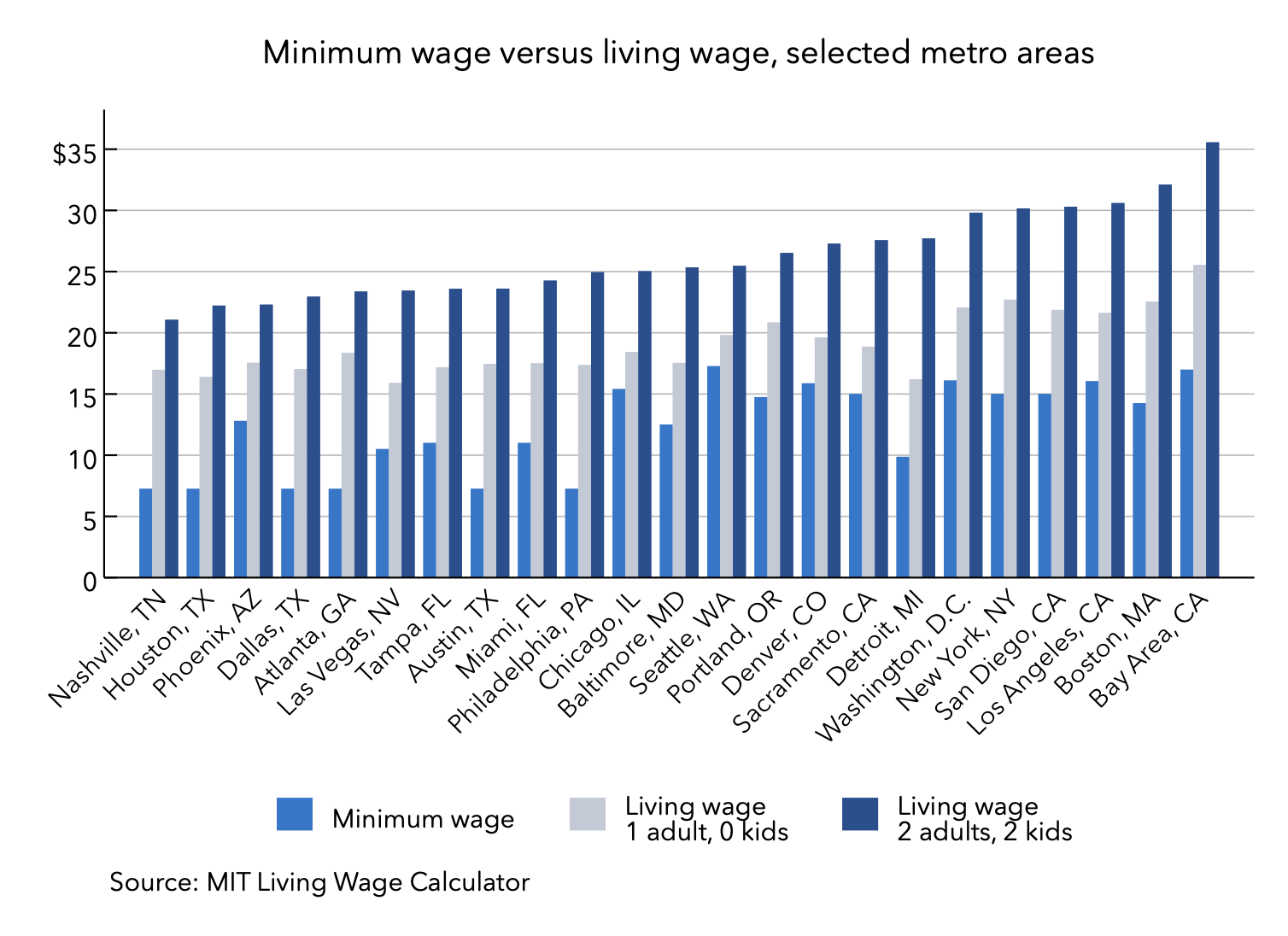 In every metro area, the living wages reported here are higher than the minimum wage. This is especially true for metro areas that use the federal minimum wage, where living wages are more than twice as high or more. The living wage is generally higher for families with two working adults and two children, thanks in large part to the cost of childcare.

The metro areas in the chart above are ordered by the living wages for families of four, from lowest to highest. Now let's see how the gaps between the minimum wage and the living wage compare, using that same order:

There's almost no correspondence between the cost of living and the size of the gap. The Phoenix area has a small gap, but so does Seattle. The biggest gap is in the Bay Area, but Philadelphia is right behind. The gap can be $15 or more in metro areas with low costs of living and high costs of living. Put another way, minimum wages are a poor guideline for the hourly pay that workers need to obtain in the labor market.

What the market will bear

Moreover, the correlation across the same 23 metro areas is significantly higher in flexible work. If we compare the average hourly pay for general labor – an entry-level position – on the Instawork platform to the living wage for single adults with no kids, the correlation is 0.82. For all shifts, it's 0.84:

This stronger connection between hourly pay in flexible work and the cost of living should come as no surprise. Hourly pay on the Instawork platform is set every day by our labor market, rather than by laws that could be more than a decade out of date.

The fact that the highest correlation with living wages is for all shifts, not just entry-level shifts, also makes sense. People who work for pay in the $15-35 per hour range aren't all doing entry-level jobs or jobs that require little expertise. Anyone who has visited a food commissary, event venue, or distribution center knows that a tremendous amount of on-the-job knowledge goes into every workday. That's why we call our workers Pros, and it's also a big reason why their pay is so much more closely related to living wages than to minimum wages.

These metrics, derived from data aggregated across the Instawork platform, compare the two weeks starting 11/17/2022 to the previous two weeks. To control for the overall growth of the Instawork marketplace, only shifts involving businesses that booked shifts in both periods are included: