These are the hottest shifts for flexible work during the holidays 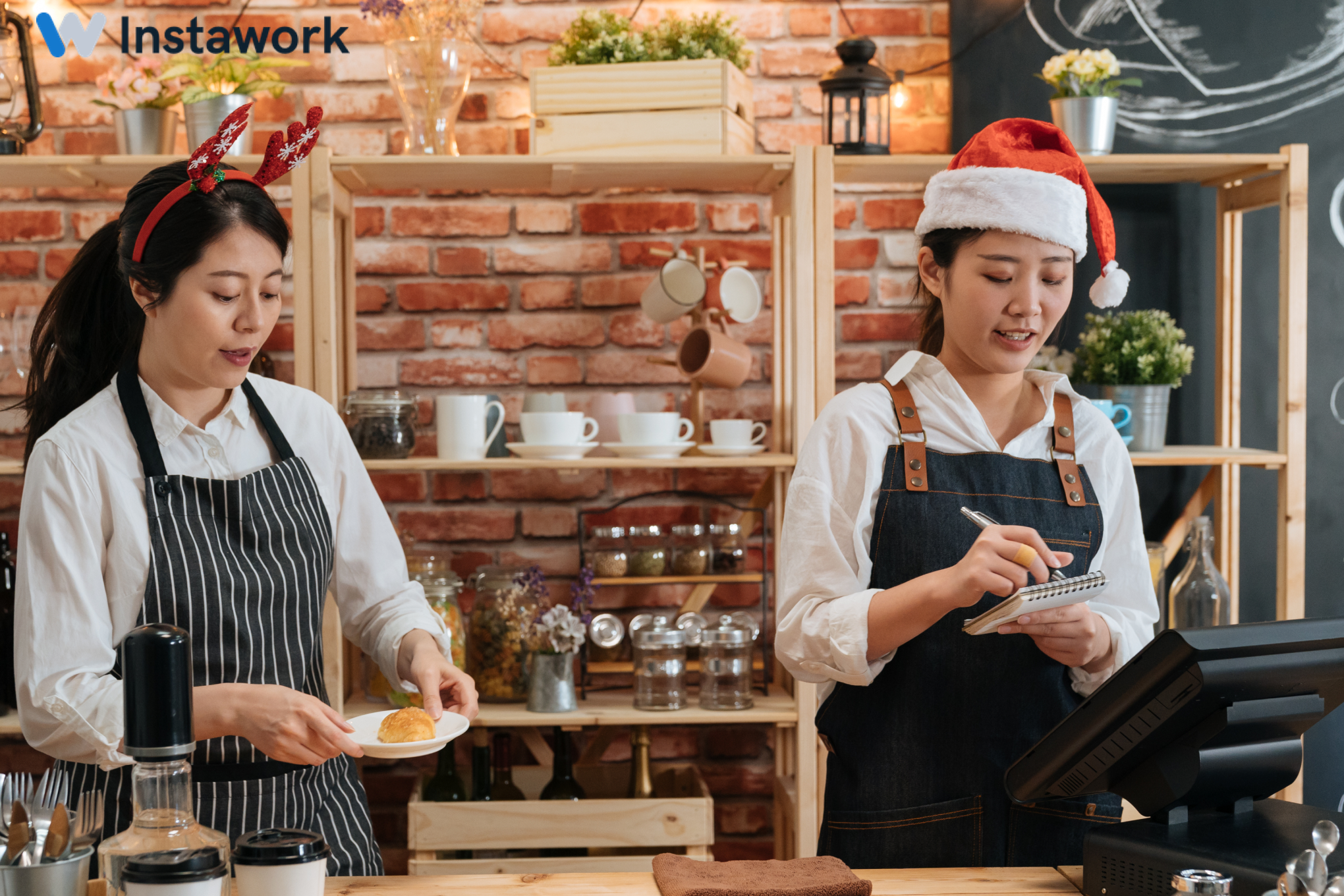 Hot shifts? We're not talking about moving product in a glass factory, which can be a very hot place to work – we're talking about the shifts workers want most during the holiday season!

Last year, we saw some dramatic changes in the time needed to fill different kinds of shifts when the holiday season was in full swing. Comparing the average time to fill for the same roles in October and December gives a good idea of the shifts' popularity. And just to be careful, we'll only look at the first 23 days of each month, so we're stopping before Christmas Eve.

Generally speaking, shifts on our platform fill up quickly these days, usually within less than a day. We have a lot more Pros working on our platform this year than in 2021, too. But workers with fast fingers picked up shifts more quickly than usual last December. Here's how it looked by role:

Shifts for roles in hospitality had most of the the biggest decreases in time to fill, while more industrial work had the smallest decreases (and even an increase for runners). This may have been because hospitality roles offered the chance to share in holiday tips.

Indeed, wage rates for many hospitality roles were actually lower in December than in October, despite ongoing inflation in consumer prices, most likely because of the higher expectation of tips. If we look at industry-region groupings for each role, here are the distributions of changes in hourly pay:

In the first seven roles, all typically in hospitality industries, well over half of the groupings had lower hourly pay in December than in October. Each of the seven roles also had an average decline in hourly pay.

Some of the roles above, like General Labor, are present in more than one industry on our platform. If we look across industries, we again see big reductions in the time to fill shifts in hospitality-related industries. Transportation and logistics also experienced a dramatic decrease:

But shifts took much longer to fill in retail and manufacturing, which included many roles in fulfillment centers and warehouses, as well as non-customer-facing roles in large stores.

As in hospitality, these workplaces can get much busier during the holidays. The difference is that the workers rarely get tips. So these shifts may have been less desirable both on an absolute and on a relative basis, explaining the shift into other types of work.

An alternative explanation for some of these changes is the increase in the labor pool on our platform. With more Pros looking for shifts, time to fill would fall along with the equilibrium rate of hourly pay. Yet that did not happen in all roles, and the growth in our labor pool over a two-month period probably wasn't enough to cause such big swings. More likely, Pros followed the highest return on their labor, offering more supply to some roles and less to others.

There's no obvious reason why the same thing wouldn't happen this year. In the short term, a shift toward roles in hospitality might help to solve the ongoing labor shortage in that area. The question is how much of the labor supply will stick after the holidays are over.

These metrics, derived from data aggregated across the Instawork platform, compare the two weeks starting 10/6/2022 to the previous two weeks. To control for the overall growth of the Instawork marketplace, only shifts involving businesses that booked shifts in both periods are included: