See No Labor, Hear No Labor 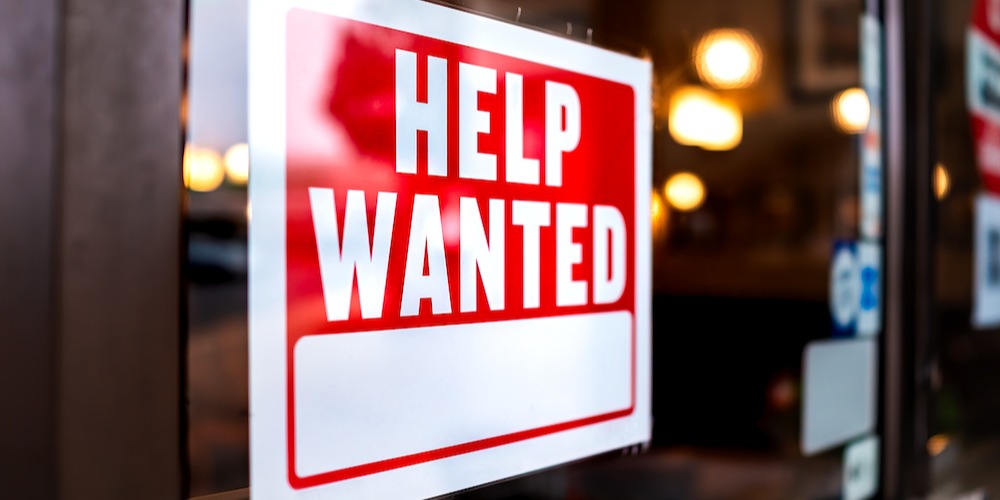 This article was originally published by the Wall Street Journal on February 8, 2022 and updated with new data on April 1, 2022.

Hourly workers fall off the government’s radar as they shift from
traditional payrolls to flexible apps.

More than six million people disappeared from the Labor Department’s count of hourly paid workers between 2019 and 2021. They didn’t just vanish. Many found ways of working that expose a blind spot in government policy while transforming the economy. They signed up for flexible working apps such as DoorDash, Amazon Flex, Trusted Health and the one from my company, Instawork—apps that match hourly workers with local businesses on a shift-by-shift or task-by-task basis.

Yet despite the apps’ popularity, the Labor Department rarely publishes statistics on flexible work. The last report on “Contingent and Alternative Employment Arrangements” came out in 2018. Such government counts as the Census Bureau’s Current Population Survey can easily miss flexible workers. While a full-time worker who takes vacation or sick leave will still show up as employed, a flexible worker who does the same will be classified as outside the labor force. The Labor Department’s count of self-employed people isn’t much better, it rose by only about 100,000 between 2019 and 2021, even as flexible work was taking off. Flexible workers—especially those in hourly paid professions—fell off the department’s radar.

That’s a shame, since people using flexible-work apps are changing the economy in ways that should make government agencies take notice. Flexible hours, roles and even geography improve matching between workers and businesses, reducing what economists call “frictional unemployment.” This is joblessness during the job-search process, and it is one of the most stubborn barriers to economic growth. By helping users who want to work find suitable positions quickly, flexible-work apps make the economy run more smoothly.

The appetite for flexibility is plain to see. Since the start of 2021, roughly half of Instawork users have worked shifts in more than one role, such as forklift driver or bartender, and about a quarter have worked at least one shift during the day and one at night. Almost half have worked in more than one industry, such as food service or sanitation. This flexibility makes the economy more resilient. Even during the Omicron wave of the pandemic, the share of shifts that Instawork has been able to fill hasn’t changed.

This success comes in part from reducing the uncertainty that can make markets stall—“informational asymmetries” to economists. Many flexible- shift apps let workers and businesses leave feedback. By establishing reputations based on experience, the apps improve the quality and quantity of matches in the labor market. The principle is the same with shopping platforms such as eBay and Amazon. By bringing together vast numbers of buyers and sellers—in this case, of labor—flexible-work apps can generate more transactions, share more information, and create more economic opportunity.

Flexible work can also reduce bureaucracy, another source of labor-market friction. Roughly half of Instawork users are paid automatically as soon as their work is done, and most are paid within the same week. The majority are essentially working on a short-term contract, but since 2021 more than 40 percent have been paid for at least one shift with regular income that showed up on W-2 forms. A growing number of Instawork business partners choose to hire professionals for long-term assignments via the platform.

This choice reflects a long-overdue modernization in the hiring and payment of hourly workers. In the past, small businesses such as restaurants and warehouses had to handle their own accounting and back- office functions. Some used software for clocking shifts and paying workers, but it was often separate from the recruiting platform. By uniting those functions in a single app, workers and businesses have better coordination and verifiability.

These innovations may be combining to lower the so-called natural rate of unemployment. If barriers to work are starting to fall, then unemployment rates today aren’t strictly comparable to those of even a decade ago. Policy makers who care about unemployment, including the Federal Reserve, may have to recalibrate their targets. The economy may be able to maintain a lower unemployment rate without inflation.

Because the apps let users consider several offers at the same time, their bargaining power also increases. This may be particularly important for workers after decades of corporate consolidation and declines in collective bargaining.

The Labor Department recorded all-time lows in workers’ share of national income starting in 2011. But workers’ share experienced a sudden uptick in the first two quarters of 2020 and is still 5% higher than its rock-bottom; through much of the past two years it was back to its level of 2005. So for workers’ bargaining power, the “Great Resignation” may not tell the whole story.

We can see the effects in real time using Instawork’s transaction data. The hourly pay rates Instawork users have received since 2021 have averaged close to $19 an hour, well above the $7.25 federal minimum wage and the $15 minimum in many municipalities. In the Bay Area, where San Francisco has a minimum wage of $16.32, filled shifts have averaged $22.02. In the hospitality industry, where the Labor Department reported a national average for hourly earnings at $19.57 in December, the average on Instawork has been $21.71.

Businesses are using the money they save through better matching to pay higher wages. Yet this doesn’t represent wage inflation per se; the businesses are getting a different and better service.

In light of the flexibility, convenience, and higher pay offered by flexible-work apps, it’s no surprise that the millions of workers “lost” by the Labor Department haven’t yet returned to its statistical totals. Many have found work. The question now is how the department and other agencies will account for the transformative force represented by the missing workers. They’ve been overlooked long enough.

Interested on more insights from our Chief Economist, Dan Altman, PhD.? Sign up below to receive our Instawork Economic Research Newsletter.