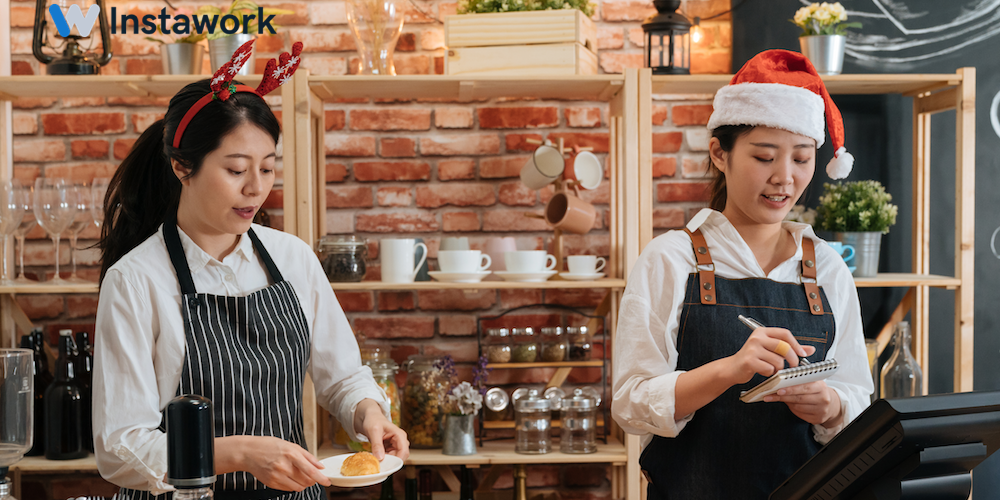 What a year it has been for the American labor markets! We have to say "markets" with a plural, since the United States is made up of thousands of interconnected microcosms. The conditions in one metro area may be completely different from those in another. But this year, we've seen some commonalities that can tell a coherent story.

The Denver area gave us a preview of what we saw at the national level. People no longer wanted to sit at home buying things online; they wanted to go out at enjoy themselves. So the boom in jobs in trade and transportation waned, and jobs in leisure and hospitality started to recover in earnest. 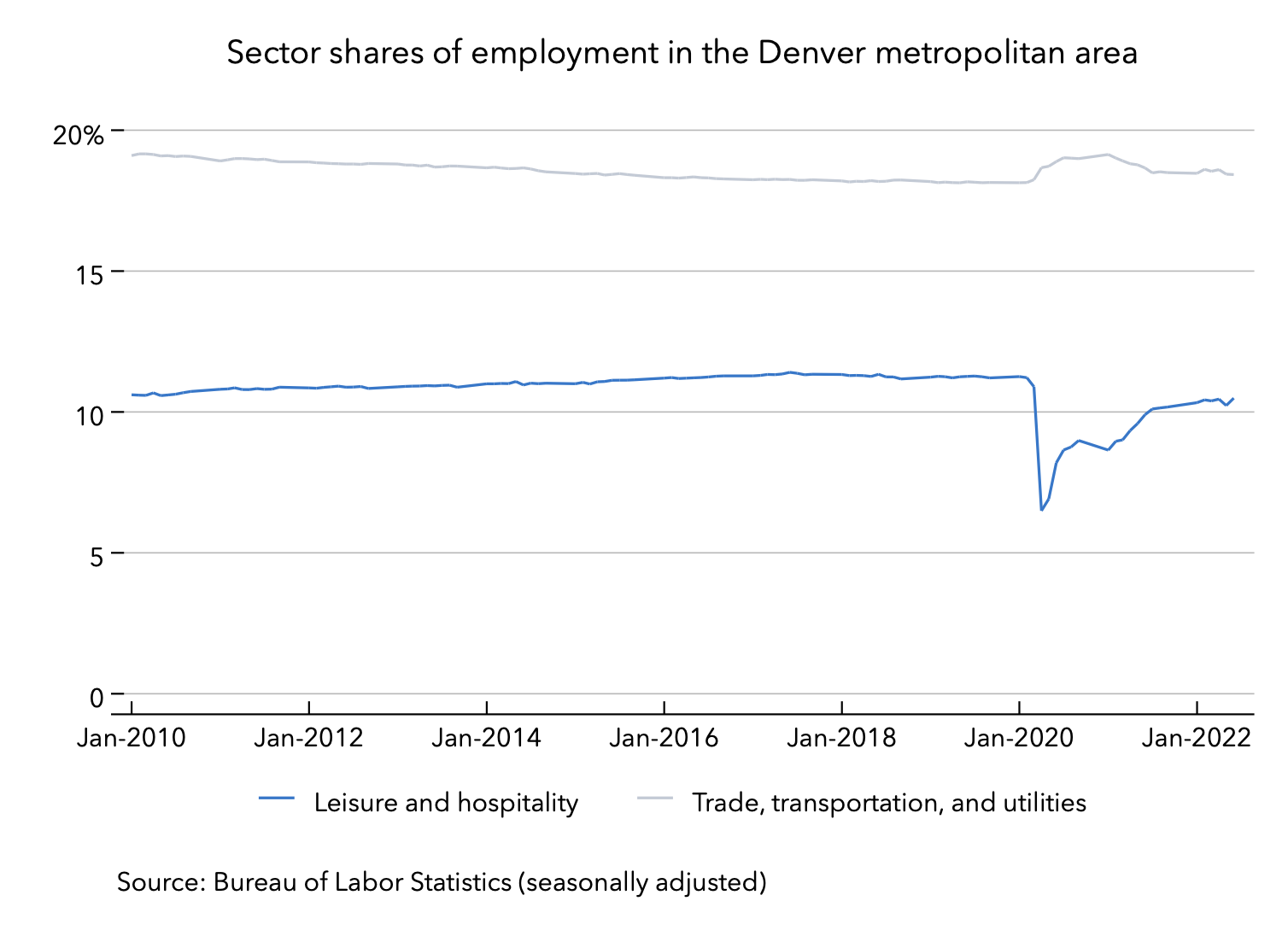 It wasn't all smooth sailing, as businesses in some markets were unsure about the strength of returning demand. In Philadelphia, job openings fell in leisure and hospitality in 2022, but the demand for flexible work in these industries was strong. Businesses needed labor to cope with demand, but they weren't as eager to expand their payrolls.

Longer-term trends also resumed in 2022. The Detroit area continued to build itself into a technology and logistics hub, with a vital manufacturing sector in its economy. Logistics and distribution also thrived in Nashville, with growth in these industries exceeding that of the state of Tennessee as a whole – despite the huge hub in Memphis.

In other metro areas, other industries driven by macroeconomic trends led the way. The wave of migration that brought workers southward buoyed Tampa's economy, leading to a surge in leisure and hospitality jobs. High oil prices generated record profits for energy companies, sending wholesale and retail trade in Houston through the roof. 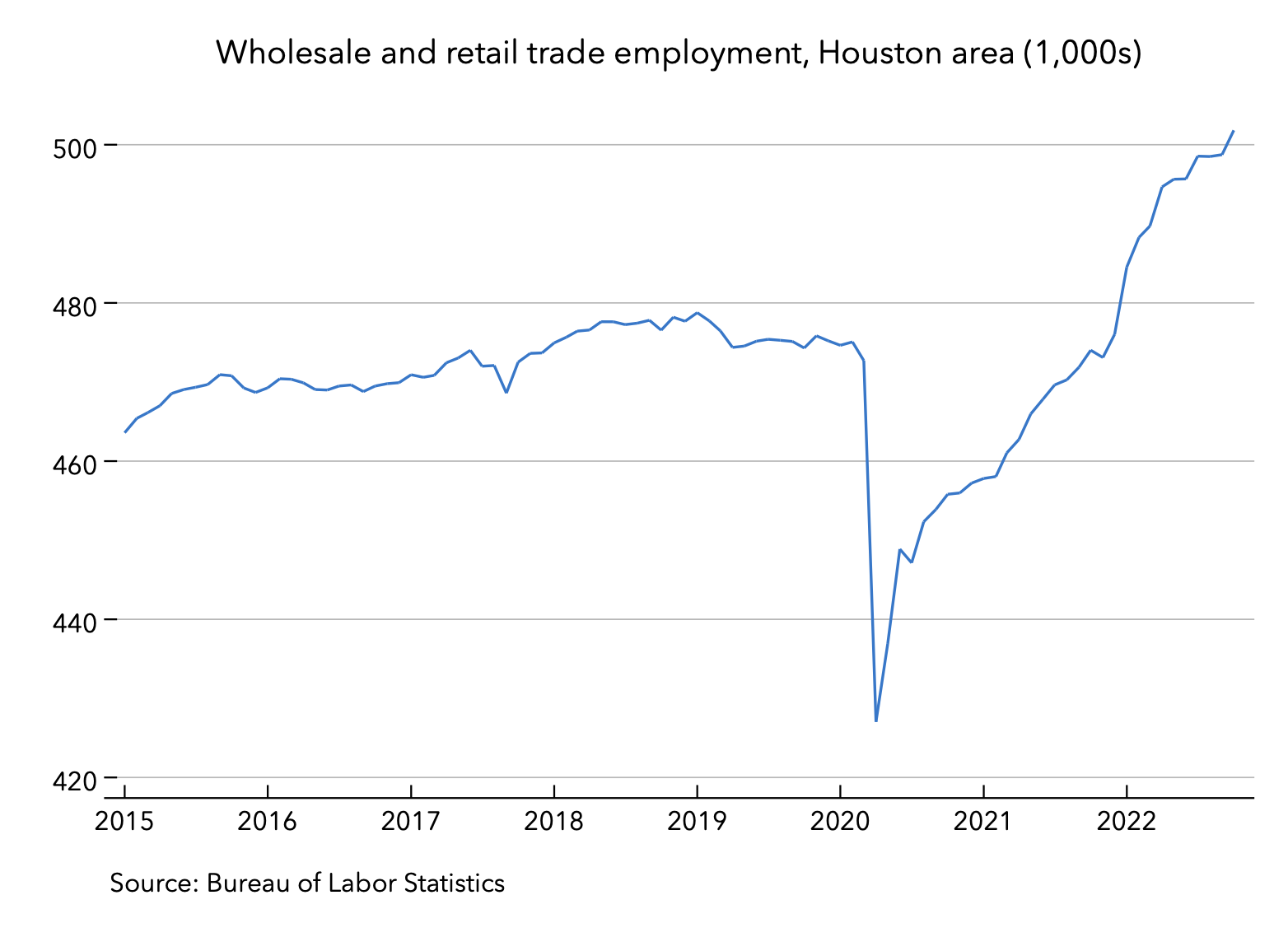 Meanwhile, other markets still suffered the sequelae of the pandemic. In and around Boston, tens of thousands of people apparently left the labor force – but not the region – because of childcare costs, early retirement, and other factors. In the Kansas City area, an early end to extended unemployment benefits may have pushed thousands of people out of the labor force, too, but only on the Missouri side of the metro area.

Several of these storylines probably won't be a part of the narrative in 2023. Labor markets are stabilizing, in line with trends affecting consumer spending. But there is still plenty of uncertainty in the air.

Though plenty of Wall Street economists foresee a "soft landing" next year, many of my colleagues outside the financial industry still attach a high probability to a mild recession. For workers, unemployment remains low by historic standards, but prices and interest rates keep rising. An increase in unemployment, slowing spending, and a decline in corporate profits could take the wind out of the economy's sails – and that's without any financial or geopolitical flare-ups.

Regardless of what happens, we'll be ready to help businesses in all of these markets – and more – fine-tune their labor supply, while giving millions of people a chance to earn the extra income they need.

These metrics, derived from data aggregated across the Instawork platform, compare the two weeks starting 12/8/2022 to the previous two weeks. To control for the overall growth of the Instawork marketplace, only shifts involving businesses that booked shifts in both periods are included: