Introducing the first State of the Flexible Workforce report

Roughly 76 million workers in the United States – more than half of the U.S. labor force – are paid hourly. Among them is a fast-growing group of workers deciding when and how to work based on their personal needs and financial goals. They're creating a new category: the flexible workforce.

More than 3 million of these workers make up the Instawork Pro network, which grew by 1 million workers between March and July alone.

The State of the Flexible Workforce report is the first compendium of flexible workers' demographics, education, location, motivations, and conditions of employment. Using a combination of data from internal surveys, transactions on our platform, and government statistics, we've been able to describe flexible workers and highlight how they differ from hourly workers overall.

Here is a sampling of the report's major findings: 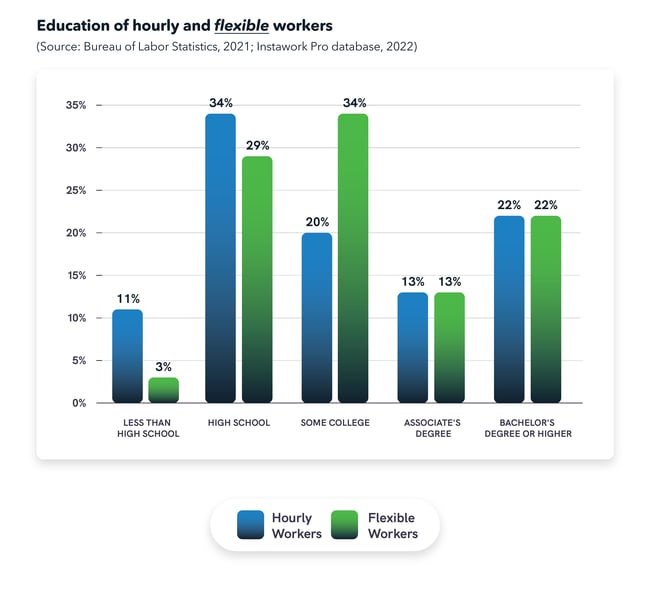 This report illustrates the tremendous value that flexible workers bring to the labor market. They are diverse, educated, motivated, and entrepreneurial people who often receive higher hourly pay than their counterparts among permanent employees. As our marketplace flourishes, flexible workers are proving their worth.

Daniel Altman, Instawork Chief Economist in Instawork Blog
How To Easily Rev Up Your Income in Detroit Amid Inflation

How To Easily Rev Up Your Income in Detroit Amid Inflation