How Eco Caters Schedules Their Staff In Just 5 Minutes 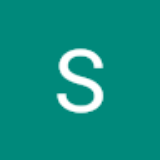 When Executive Chef Nick Brune and his wife, Emily, started Eco Caters, they launched their organic-food catering company in Southern California — one of the most competitive markets in the U.S.

Today, more than a decade later, Eco Caters is thriving on both the West and East Coasts. With established catering teams in Los Angeles, San Diego, and Washington DC, Eco Caters has earned a reputation for excellence in high-quality, sustainable catering.

Primarily catering weddings, Eco Caterers brings their own chefs and staff on site to cook and serve food. However, for a company that has catered to over 500 weddings, scheduling their staff can get complicated.

“What we were doing before is emailing all of our staff and tracking the emails and responses. We would email a month’s worth of event dates. If they responded telling us they were available, we would put it in an Excel file and assign them to shifts according to their schedules,” said Jessica Sleep, the lead catering coordinator. 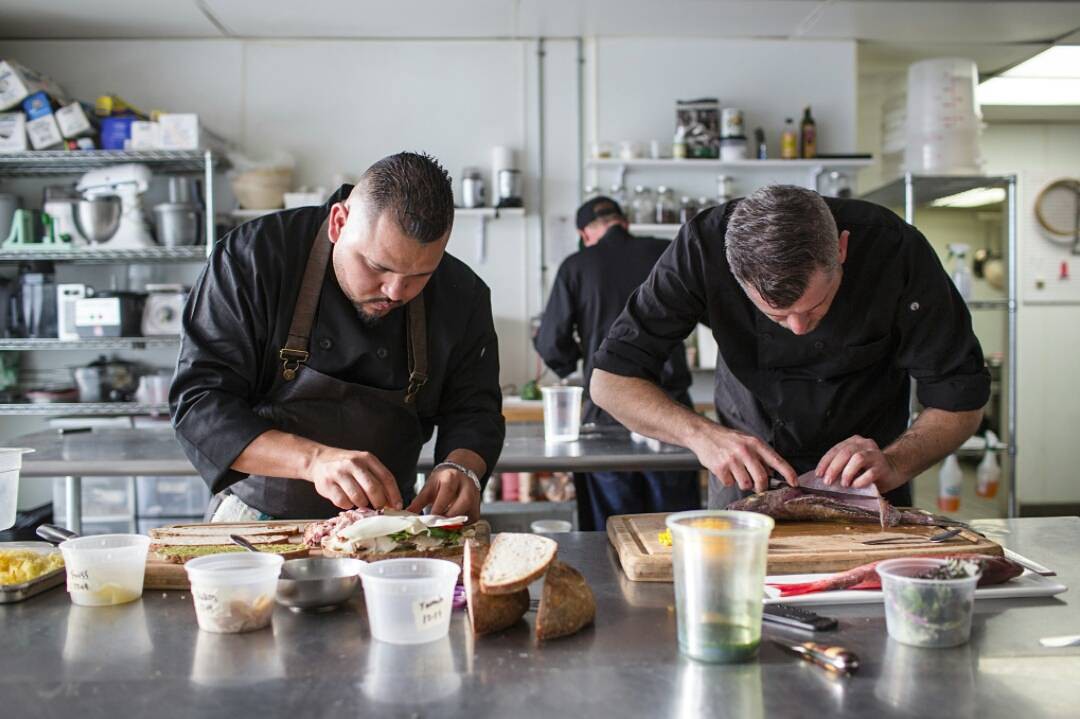 When someone confirmed their availability for a shift, they’d get more emails with information about the venue and other instructions. If they didn’t confirm, Jess would have to follow up.

If anyone cancelled, another round of emails would be sent out to let the rest of the staff know that a new position had opened up.

Jess described it as a process that took forever. She estimates they used to dedicate at least two hours per day to texting and emailing their staff. She even had to bring on an assistant to help with it.

Jess and her team started actively looking for better ways to schedule their staff. They found a couple of solutions but eventually decided to use the new Scheduler app by Instawork because of our success stories with other caterers and our network of temporary staff across the country.

The app makes scheduling as easy as a few clicks, and instantly eliminates the need for Excel sheets and back-and-forth emails. Let’s say Eco has a wedding coming up next month. They start by setting up the event and location in Scheduler, along with the address and instructions. 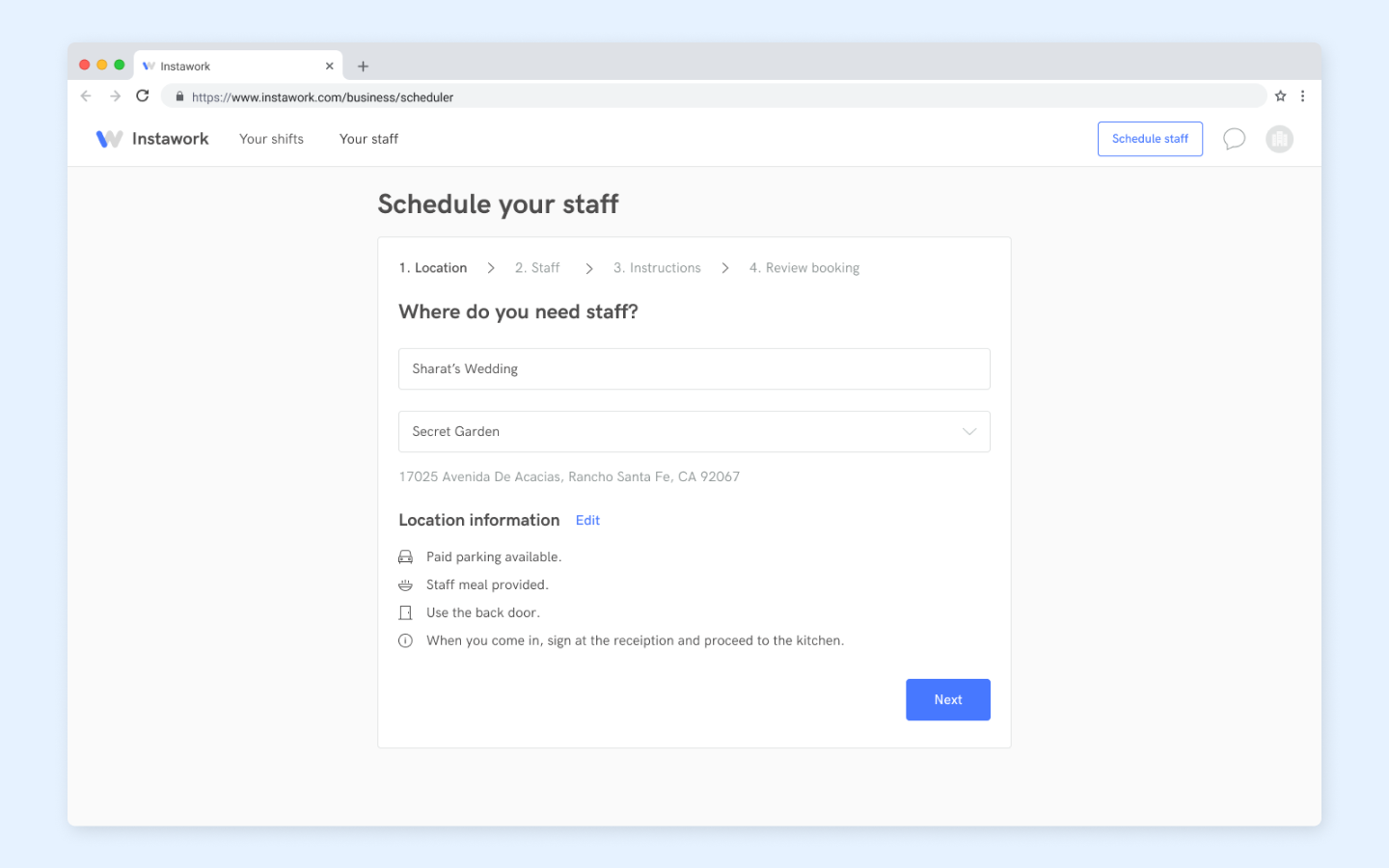 Then they create the shifts for the event. They select whether they need a chef, server, or other type of role, along with the date and time of the shift, and how many shifts are available. Finally, they select who to send these details to from a list of their staff. 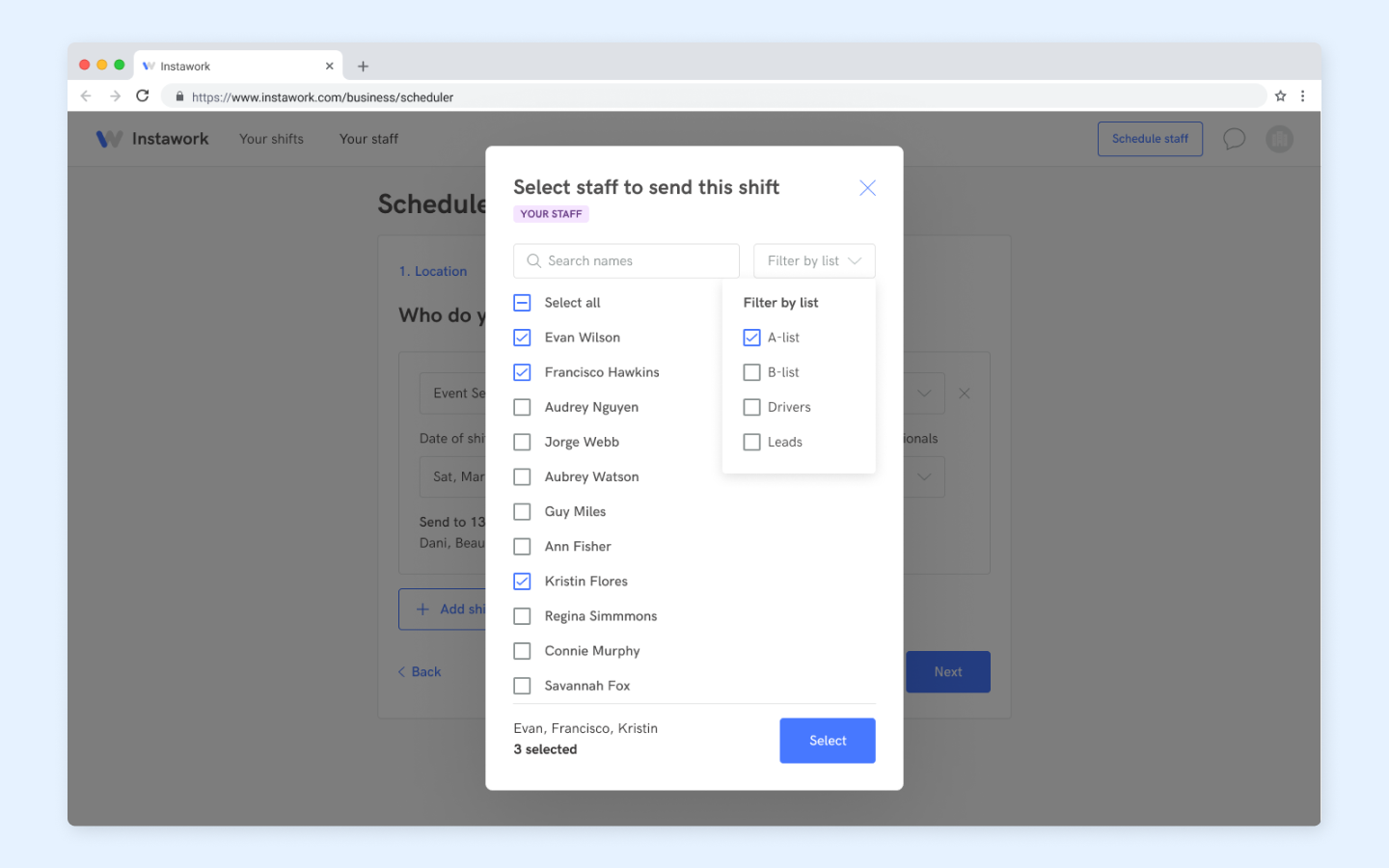 After adding more instructions and confirming the event and shifts, the Scheduler app automatically sends out text messages to all the staff selected. The messages contain relevant details such as the date and time of the event, along with a link. 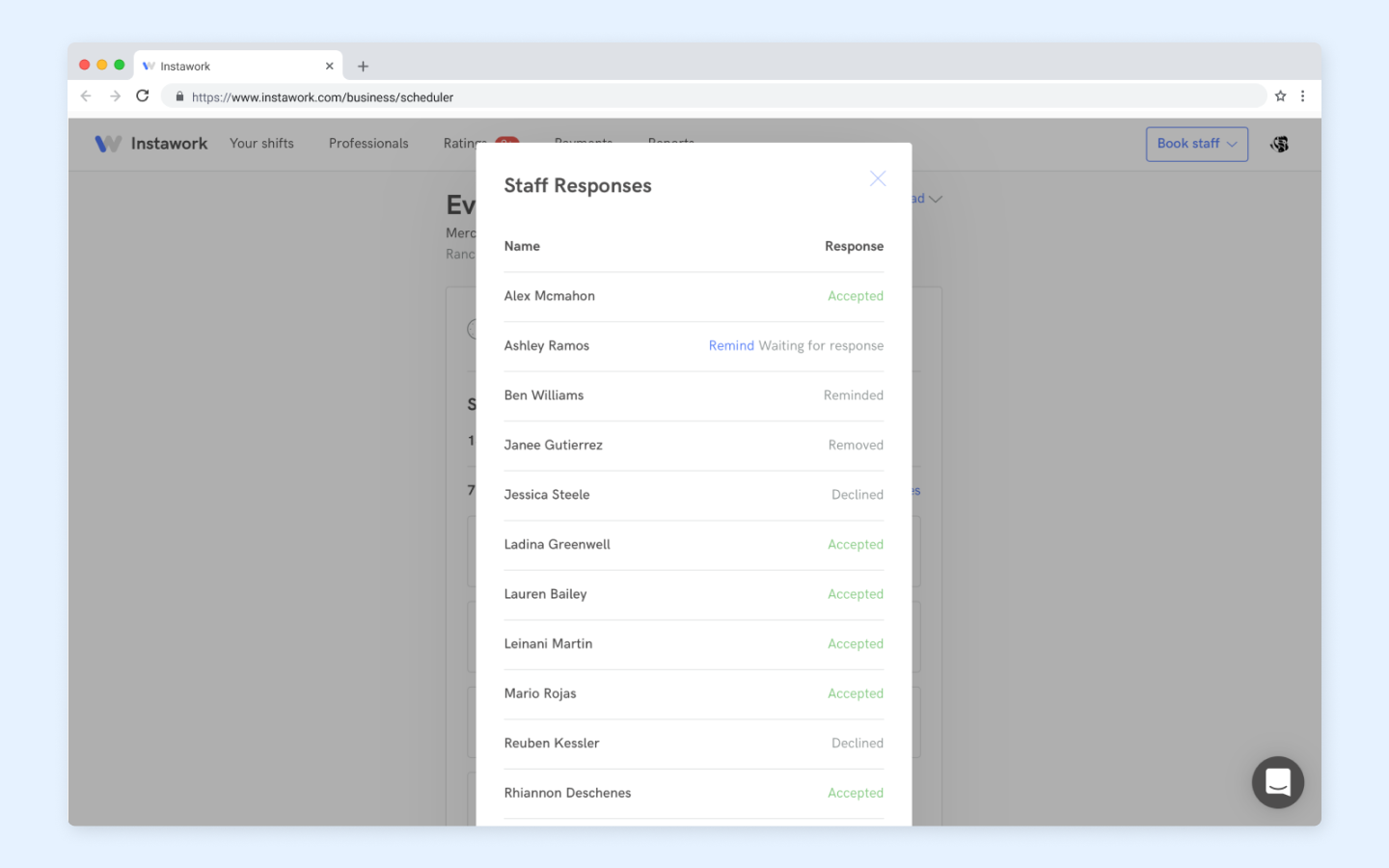 By clicking on the link, staff can see more details about the shift, including a map of the location. There’s a button for them to accept or decline the event. Eco can view the status of each shift as responses come in. 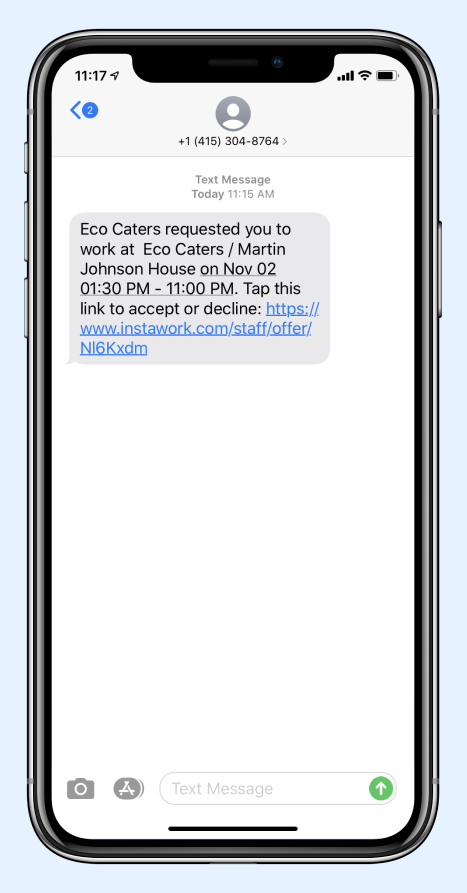 No more emailing back-and-forth, waiting for responses, and following up. The Scheduler app automatically handles it via texting.

And on the day of the event, your staff will even have the ability to clock-in and clock-out. This feature is tied to their location, so they’ll only be able to clock-in if they’re at the event. That way you can instantly see who’s at the event and who isn’t without following up manually. 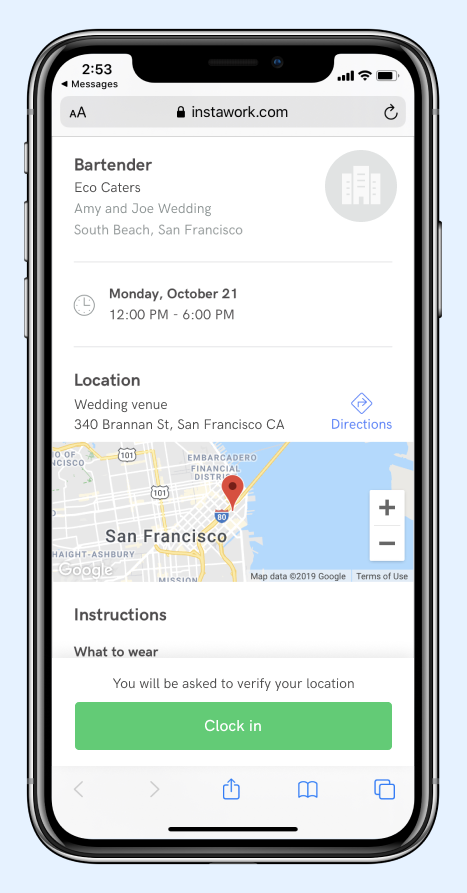 What took Eco 2 hours per day now takes just 5 minutes! “I haven’t done any emailing or scheduling for the past month, which is great,” says Jess. “All I have to do is enter the event and set it and forget it. I don’t have to worry about it.”

“Something that would have taken a couple of hours given their response time, and I’d have to reply back to confirm, I don’t have to do any of that!”

If you’re still using spreadsheets and emails to manage staff schedules, give the Scheduler app a try!

How to make sure holiday events go off without a hitch