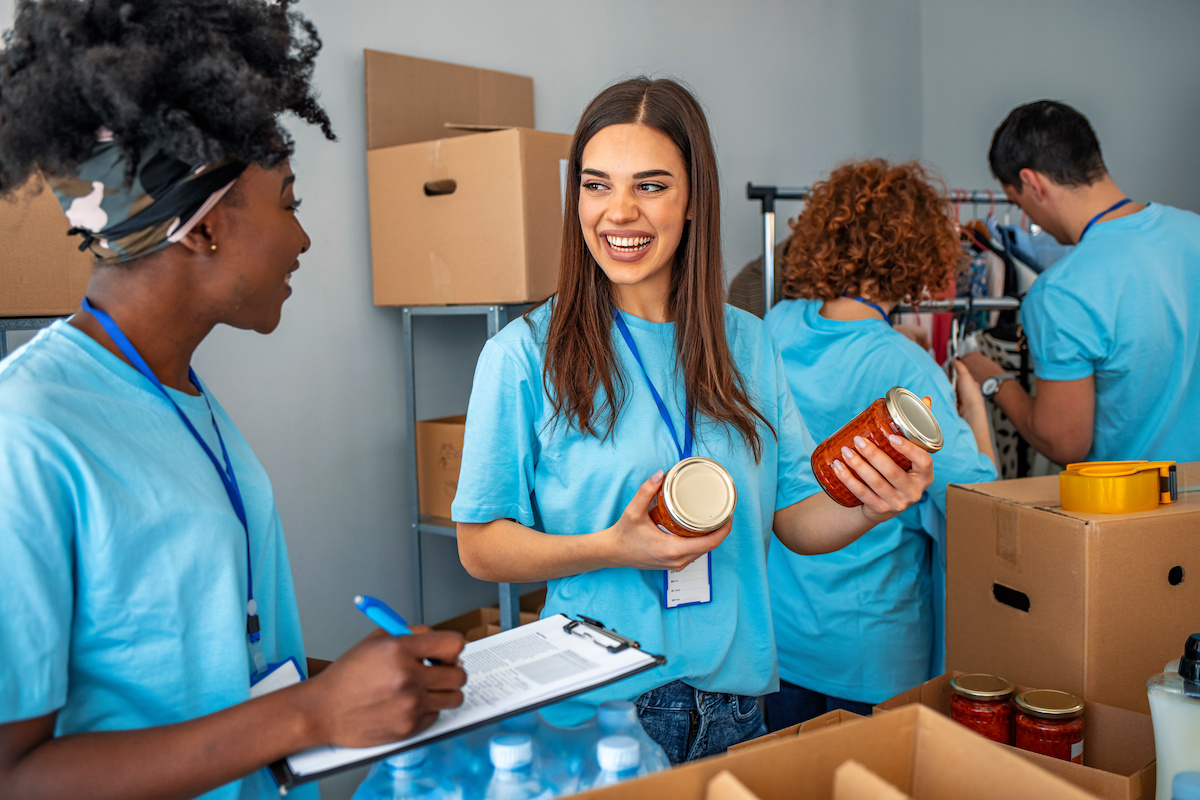 The unemployment rate is at or close to its all-time lows in the United States and Canada, and companies are still eager to hire, with many more job openings than unemployed people to take them. In this situation, the capacity of unemployed people to work while looking for a full-time job can provide an additional support to the labor force. But do the incentives created by unemployment insurance programs discourage even part-time or flexible work?

Traditionally, the idea of unemployment benefits is two-fold: (1) to provide income to people who choose to stay in the labor force while jobless, and (2) to lessen the need to work while searching for a job. When unemployed people find new jobs, their benefits end.

The focus of an unemployed person is supposed to be finding a new job, and in principle the benefits allow the person to take the time required to locate a good match. Yet recent evidence suggests that unemployed Americans spend less than an hour each weekday looking for jobs. Benefits typically last for 26 weeks (barring extensions like the ones available earlier in the pandemic), and there is a long line of research suggesting that unemployed people intensify their job searches only when their benefits are about to run out.

For most recipients, unemployment benefits amount to roughly half of their usual incomes. So recipients may want to work part-time while on benefits, and indeed part-time or flexible work can even feed into to the job search process. On the Instawork platform, some businesses and flexible workers have used shifts and long-term assignments as "try before you buy" experiences – opportunities to gauge the quality of matches before making permanent hires.

With all of these motivations in mind, do people on benefits actually have an incentive to work? To find out, we decided to look at how total income from benefits and pay would change for typical Instawork workers in different jurisdictions, depending on how many hours they worked.

We computed the weekly benefits for a worker in each of several metro areas assuming that they earned the average hourly rate on the Instawork platform in the year before becoming unemployed. Then we used the jurisdictions' formulas for part-time work to figure out how much workers' net weekly income would change as they worked more hours.

Here are the results for metro areas in California and Canada: 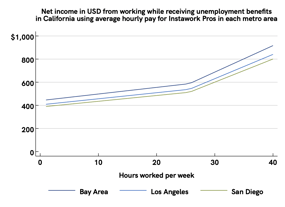 In both of these jurisdictions, working more hours (for our supposedly typical worker) generally leads to higher net income. In California, benefits go to zero after roughly 26 hours of work. In Canada, there is no benefit in terms of income to working 40 hours rather than 36. But after 40 hours, benefits are exhausted, and net income begins to rise again. Over most ranges of hours, there is some incentive to work more.

Now compare the incentives implied by the laws in Florida and Texas: 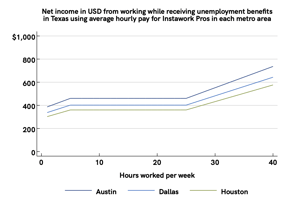 Both states offer little incentive for people to work over a wide range of hours. The difference in net income between working zero hours and 18 hours is negligible in Florida. In fact, it's only about $40 in Miami, which comes out to just over $2 per hour before taxes across 18 hours. In Texas, there's no difference at all in net income between working five hours and working 25 hours. People on benefits in Houston would also be getting around $2 per hour for 25 hours of work. These states also have some of the lowest weekly benefit amounts in the United States and Canada, so benefits go to zero pretty quickly – after just 19 hours for our typical worker in Miami.

A final case comes from Colorado, where we used a typical worker for the Denver metro area:

The Colorado system is more generous than those of Florida and Texas, but the incentive to work more disappears between 12 and 23 hours. Moreover, workers actually have lower net incomes if they work 24 to 34 hours in a week; they'd basically have to work full-time to earn more than someone working 12 hours.

Colorado is apparently aware of this math, since it's detailed in the state's own examples of benefits paid alongside part-time work. The government may be convinced that workers will have a more productive job search if they don't work, but this point of view seems to ignore evidence about the job search process.

So where do workers stand in all of this? In Canada, unemployment insurance is a federal program, and the incentive for part-time work while receiving benefits is positive for most ranges of hours across the entire country. In the United States, where unemployment insurance is a hybrid state-federal program, there is much more diversity. California's system supports part-time work even more than Canada's. But states like Colorado, Florida, and Texas may wish to ask whether their benefits formulas are producing the most positive outcomes in the labor market. The more flexible work becomes part of the job search and recruiting processes, the more outmoded these states' systems may appear.

These metrics, derived from data aggregated across the Instawork platform, compare the two weeks starting 5/7/2022 to the previous two weeks. To control for the overall growth of the Instawork marketplace, only shifts involving businesses that booked shifts in both periods are included:

To receive future report briefings or data insights from our Economic Research team, please subscribe below.
Follow Daniel Altman on Twitter at @AltmanEcon or on LinkedIn.

The premiums for night, weekend, and holiday shifts